As I reflect, in the last days of my second pregnancy, on the experience of being pregnant and growing a couple of people in my abdomen, honestly I am still baffled by what has just happened. Je suis complètement bafflé (nb: not a real word – the French would never confess to such a state of mind). You would think after 9+ months of cooking time most people have got their head around what is happening inside them. But I continue to be floored by the whole process; the exact timing and precise, regular changes that happen along the way, the way your body just reorganises to accommodate a watermelon, and the fact that you can readily grow a penis and a brain whilst still retaining at least 56% of your own cognitive function and doing your job/ feeding your family/ getting around/ generally surviving. I’ve said it before and I’ll say it again: how could women possibly be the weaker sex?! 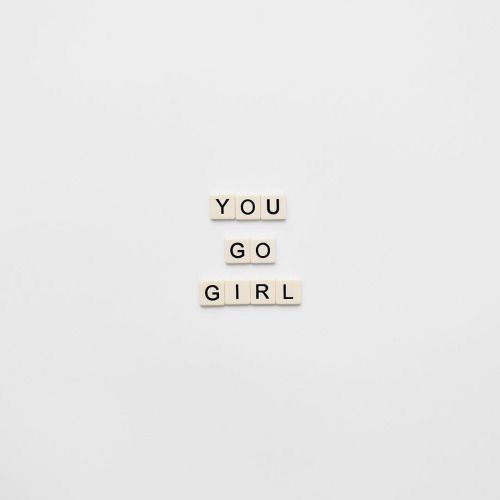 Like anyone going through the pregnancy journey, I have been excited but also slightly perturbed by the changes that occur in my body. I have tried to embrace the changes and I am always mindful of the privilege that is being pregnant.  However, the second time around it has been quite a different experience to the bubble-wrapped first pregnancy; more nausea, more stretching, more tiring, less bubble-wrapping, less pre-natal yoga, less cake and treats, less time to relax (see below) and to reflect on the milestones and changes (albeit seemingly more time at the very end this time round!!).  Whilst it’s utterly astounding to think that there’s a human inside me, the magical unknown of the exit process is now somewhat ruined.  As such “due date” carries both a sense of excitement and utter fear.  I can’t tell you how many times I’ve tried to think up an alternative exit route for this bebe, but there.just.isn’t.one.  YIKES.

Having the privilege of doing this whole thing twice, what did I do differently with the second pregnancy? The main things I’ve learnt this time around: 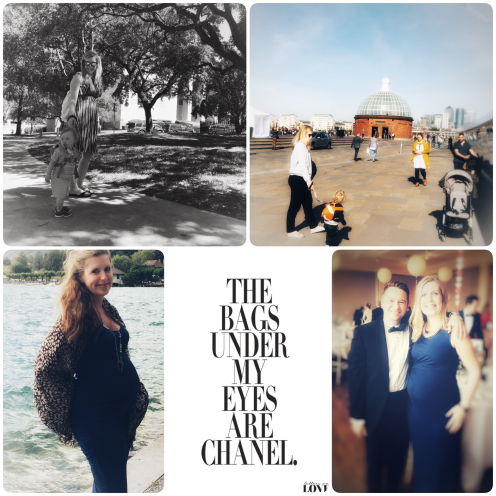 I am also taking a moment to highlight some significant lifestyle differences between this pregnancy experience and le premier, i.e. being pregnant with a toddler in tow.

First time round we were all NCT classes, dinner dates, massages, “lots of sleep” (FYI not a real thing when heavily pregnant) and luxury bathing with lotions and potions and tranquil candle vibes in the house. Second time and IF I get a moment (and have the energy) for a bath, I have to, first, locate my bath products behind 15 different eczema potions and baby bath products. Then I have to manoeuvre into the bath around the obstacle course that is various musical fish, mats and safety devices. Once I’m in the tub (“wedged in” is probably a more accurate description), rather than resting my head on the soft bath pillow (which has been relegated to some sort of safety role), I get a sharp prod in the ear from the Nuby Octopus, before having the full foam alphabet assortment raining down on my oversized body. The baby belly that I’ve set out to have some quiet time with is now littered with brightly coloured letters reminding me I’m “OK” (ish) “OH” (so big) “FLABP” (flabby?! Or start flapping because you will shortly be in labour?!).  The letters move around as the bebe on the inside reminds me that my bladder is just one small kick away.  I have some old bath salts wedged in my toes and all around me are luminous receptacles for water, not candles. Cue gentle wails from my nearby Boddler, who, in his sleep, has sensed I may be having a quiet moment and is not at all in agreement. Immense waves of guilt wash over me (the only washing that’s occurring) as I tell myself “this could be the last night it’s just you and me buddy“… so I decide to exit the bath and provide urgent cuddles. As I haul myself out of the bath, and haul is no exaggeration, I make it to standing and notice that I’ve conveniently got an “X” and “L” wedged in my derrière.  Hearing various load grunts and groans, both from me and the bath tub, Monsieur FF calls out “t’es ok?!” (or has our bath just collapsed through the ceiling…???) “I’m FINE.”  Boddler wailing has naturally subsided by now, Boddler is quiet, but energy to re-enter the alpha-bath has depleted, so I give up. Now to find a towel that is bigger than half of my leg. 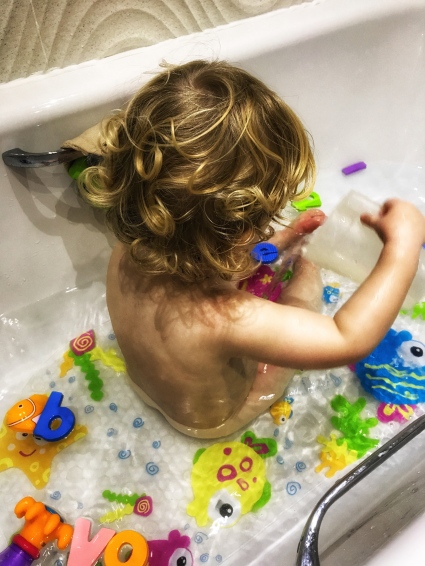 You don’t need to see me in the bath. 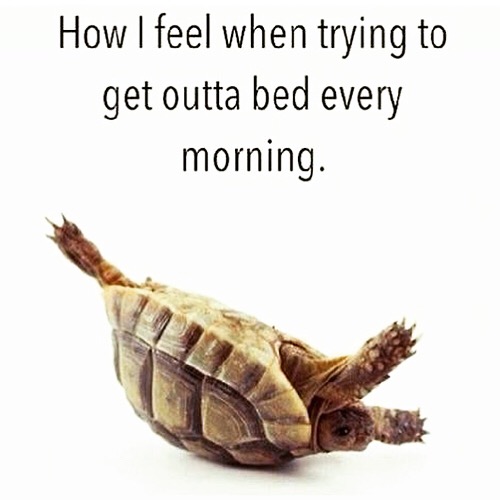 Another good one is the preparation of le stuff that you need for new Bebe. This preparation process was like a ritual with number 1; neatly washed, folded, laid out or hanging, delicately positioned in certain areas of the house which were previously bare, and well in advance of the little bonhomme arriving… this time, it’s about not mixing the tiny baby vests with the seemingly giant man vests worn by big brother, and using any “relaxing” time to half-heartedly fold neatly in the knowledge that, in a mere few days, the items will be piled in a basket covered in poop and baby milk. Anything strategically placed around the house (anywhere that isn’t already occupied by more brightly coloured FP necessities), like a Moses basket or crib, is promptly given the Boddler FF treatment, namely climbing in or on it, and leaving a trail of snot and dribble, not dissimilar to the star of the Snail and the Whale… except the message he leaves is not “save the whale” but “MINE“. Marking his territory. And technically correct because much of the equipment we are able to recycle given it’s all still fairly new. When it comes to jumperoo time I anticipate some fierce battles…

One rather dramatic change for the positive in the FF house is that we do now actually cook meals at home.  Partially due to the fact it’s pretty hard to go out for dinner when your toddler needs his bed at 7.30pm.  Any of my uni crew reading this are no doubt grimacing at the thought of the ultimate garlic flatbed, carrottes rapées followed by yoghurt surprise. Gousto is a game changer. (If you want to get 50% off your first two boxes try code REBEC269169.) So, now I’m pretty much a master chefette, I’ve obviously prepared weeks of frozen food, all ready to go when we have no time for cooking…. just kidding, we still have a ridiculous freezer which can only accommodate 3 tubs of Ben and jerrys and some frozen peas so I ain’t got time (space) for that. But I have got some delicious protein balls ready to go, if Monsieur FF doesn’t scoff them all before this Bebe#2 arrives.

So what now, what should I be doing in the last few days of freedom? I’m not used to waiting (patience levels: 0) but as I’ve alluded to recently in a few Insta posts, I’m very conscious that this time is really precious – soon we will be in the mad fog of newborn business and our Boddler has to adapt to the fact he can’t have our attention 100% of the time. More importantly for me to compute, I can’t give him all my energy because the newbie will have a number of demands that must be met. So rather than wishing this one would hurry out, I am trying to embrace the calm, the family of three vibes, and enjoy the excitement of not knowing when our lives are completely shifting again… except it had bloody better be within the next 5 days!!! As you can see I’m nailing the embracing. 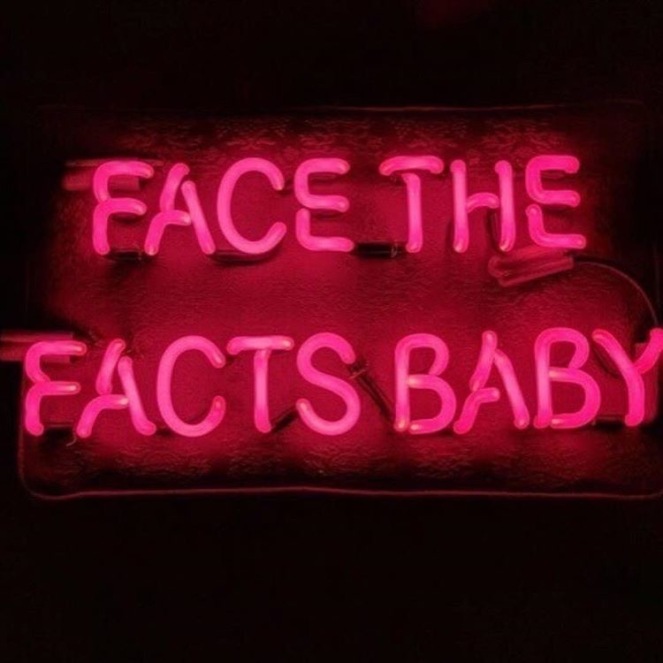 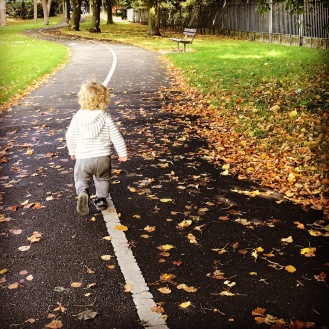 This is not working FYI

Just to make life that tiny bit more interesting, in a deftly and ingenious move, Boddler FF has decided that the last days should go his way, and in a way that is bafflé-ing to all around him, including various health professionals, has managed some hybrid mix of chicken pox, foot and mouth, eczema flare up and standard nursery cold/snot-fest meaning he can’t go to nursery (the “normal” I wanted him to retain whilst home life catapults into chaos). Instead of putting my feet up with my super trooper Mothership, (who btw has just had a double knee replacement, but notwithstanding has still come “up” to me from the Great Yorkshire to give me strength and generally do the magic that mothers do at this time) I’m chasing around after the little spotty monkey. Despite the numerous ailments he seems to have energy in abundance. Du coup I’m not sure if his sibling is hiding on the inside to avoid the lurgy, aware of the chaos just outside and staying sensibly put, or – as I suspect may be the case – is brewing an exit performance so momentous that Boddler FF will have to sit on the sidelines for a little while. Let’s wait and see…. 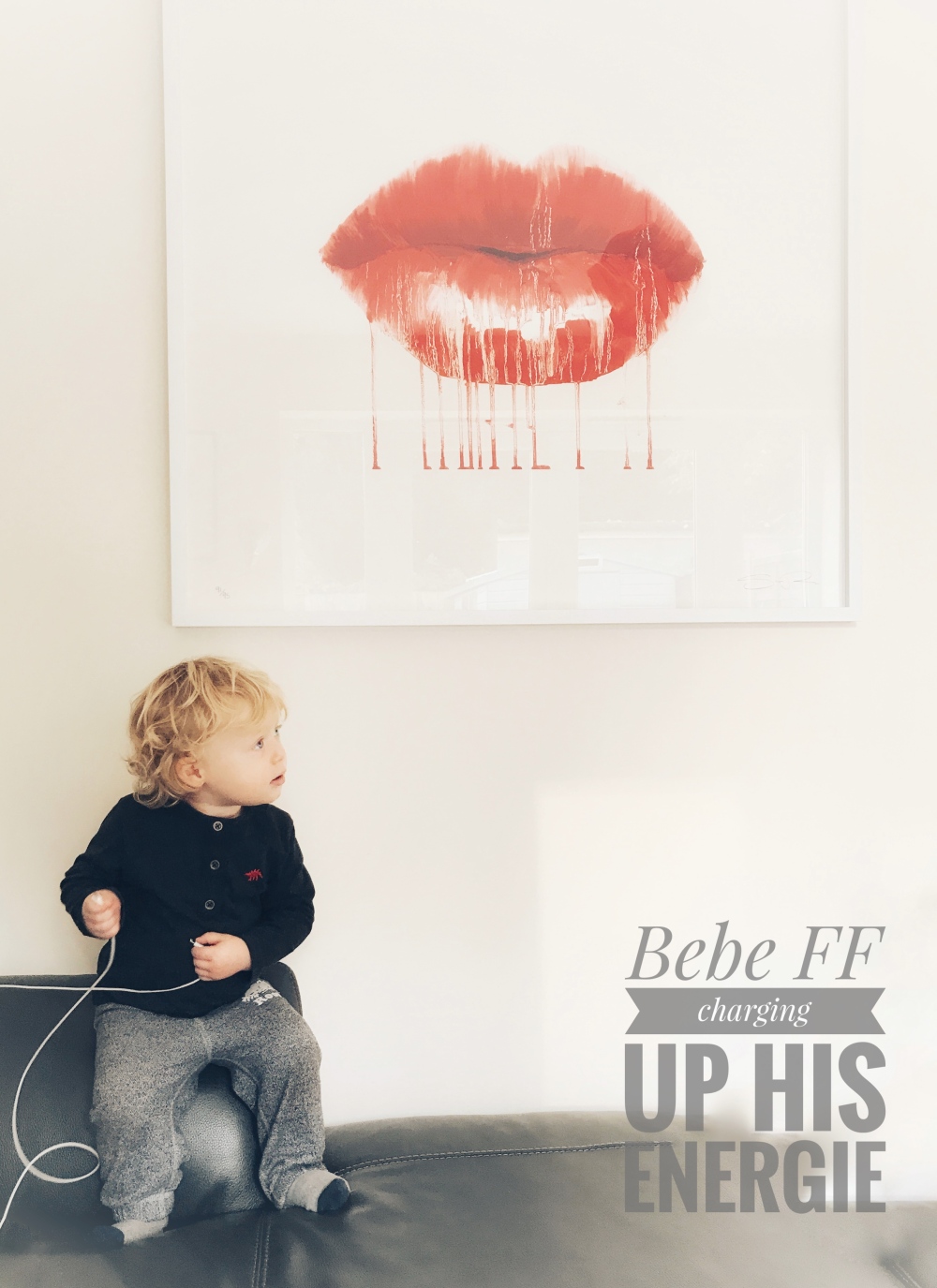