I was flicking through some trashy magazines at the hairdressers last week (first time I’ve been solo since pre Bebette days – the hot tea and trash was amazing) and I couldn’t help but notice the number of distressing stories about couples with new babies whose partnership is “on the rocks”.  The story goes like this: they had a baby, they thought it would be fun; they got a cool LV-monogrammed buggy, Dior booties, and a Chanel high chair for consuming petits fours, then the baby arrived and they rapidly realised it was pretty hard work – no – actually bloody exhausting, the baby wrecked the booties and pooped in the chair, so one half of the couple decided they needed a break, a night out, and to let loose. Sadly for that half they went a tad overboard, momentarily forgetting about their other half and bundle of Dior-enrobed joie at home, paps got a pic, and *shock horror* the other half wasn’t too happy (and then rapidly sold story to aforementioned trashy mags). You can probably guess which half was maman and which was papa. 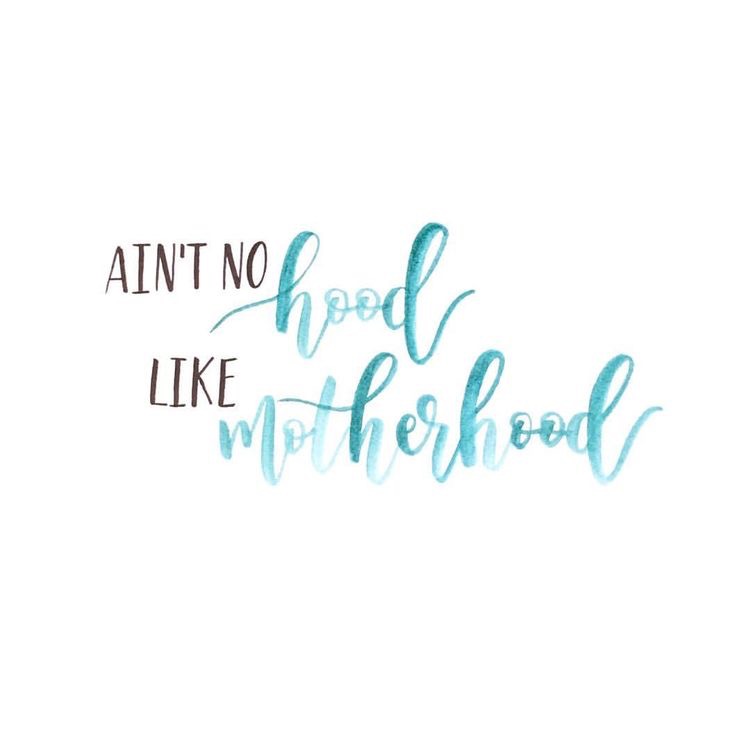 We are all familiar with the story.  What I didn’t really appreciate until recently is quite the extent to which we women-mother-folk are in a bit of a no win no win situation here.  Aside from the bebes themselves, which is obviously the most gigantic win of our lives, when you are a mother, particularly a new mother, you quickly realise that juggling motherhood and your previous life as wifey / partner / daughter/ sister and friend is, well, slightly impossible.  Most often not only is it not physically possible to do everything you want to be doing, it is also an emotional minefield…exhaustipating is a word I use frequently.

Emotions emotions, so many of them flying around when you are avec bebes.  I’ve been thinking about all the things that swirl around in my hormone-filled head recently and have distilled into two key mots:

Bittersweet is a word that resonates with me in my current situation. Bittersweet because whatever I do now when I’m not with les petits, wherever I am, whoever I’m with, there’s a part of me that feels sad, bad, even, that I’m not with them.  I am missing them.  I am missing them achieving a milestone, or needing support, or some comfort or perhaps just pure selfishly missing them. If I am not with both of my bebes at the same time, I feel guilty, worried, sometimes nervous; I miss one, feel bad for wasting time missing one when I’m with the other, and then I’m just anxious to have them both in my sight and my arms again. If I’m not with Monsieur FF, I feel guilty, especially if he’s looking after the bebes and I’m out; I worry – does he have everything he needs, can he find the nappies, will he know how to distinguish a vest for Bebette and one that’s for Boddler? (*not always, it turns out, luckily Boddler survived being squished into 3-6 months, except his VP(N)L was pretty epic )…

I’m often counting down until we can all be reunited, trying to check everything is ok, trying to be present from afar, but failing.  Even when I’m with my family, we are safe and happy, I think of the people I haven’t seen, our families and parents and siblings and their own little bundles, the people I’ve not spoken to, the birthdays I’ve missed and the time that is flying by….and, you guessed it, I feel guilty.  I’m usually grumpy, and tired, because despite my best efforts, everything is tainted by a feeling deep down that I’m going to miss a moment, even as I’m living it.  Basically, I want it all, all the time.

Bifurcate means split into two branches.  When I became a mother, my self, the person that I was, split.  There is the mother part, and then the rest. The split was uneven.  The mother branch is mammoth. It’s the main road, the M1 of my life right now.  There are “service stations” for nappies and washing and food preparation. The Rebecca that used to exist before mamahood is a little tiny, windy country road with trash-filled hairdressers, frivolous frolicking, wine bars with half drunk wine glasses, casual cafes and rainbow clubs with glittering disco balls littered along it.

I like to think of myself as an independent woman, I don’t need anyone or anything, although I’m very lucky to have plenty of both. I was incredibly fortunate to have an amazing, happy, relatively relaxed parenting duo who gave myself and my sisters everything we needed growing up. They taught me the value of love and education and money. I worked hard to get a job and before long I was able to support myself. I liked knowing I could fend for myself.  Then I met Monsieur FF, my partner in crime, and we decided to embark on marriage and a family.  That was back when we both had the ability to speak to each other reasonably, and rationally, without screams of “DAAAADDDDEEEEEE AI DONE A POO” and lentils flying around in the background. 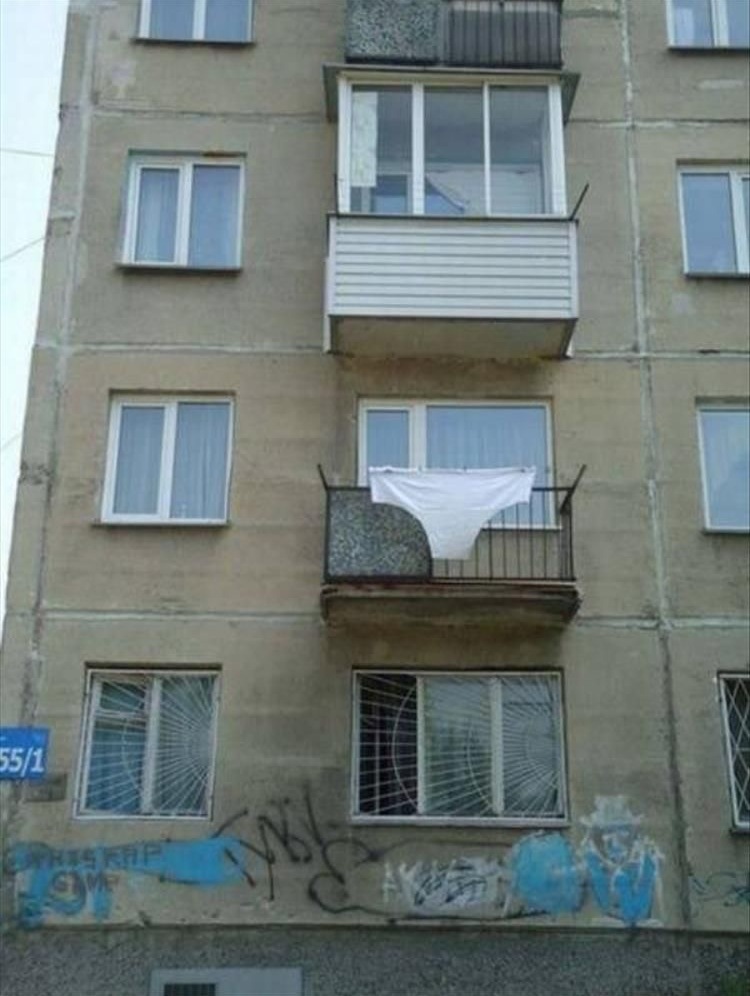 You know where the party is at… 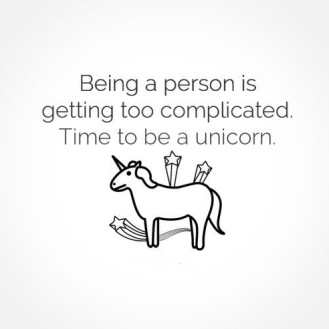 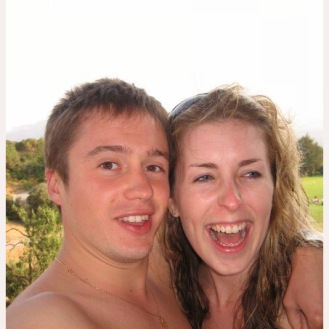 way back when we used to not sleep for fun 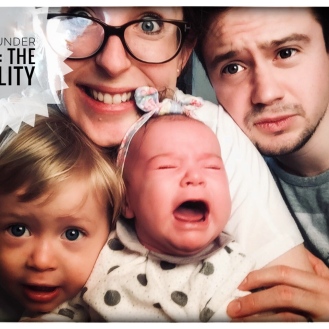 Becoming a parent and a mother is something that transforms you overnight. Physically, one night you’re going to bed, a normal, slightly bulbous human being, with an almost equal share of a bed, and the next day (ish) you have somewhat reduced in size and in your shaking arms you hold a little mewing ball of bebe. Once you get over the shock (if ever), and the realisation that this is the new you, that there’s a little person who is entirely dependent on you (and no you can’t “give it back”), that’s it. There goes your independence (and your half of the bed). Because now you’re reliant on people and you can’t entirely rely on yourself. Your partner, your parents, your siblings, your friends… you need them all, more than ever. You need help, you need support, and you need a boost.

You also don’t feel particularly fierce when you’ve just given birth.  Of course, you’ve delivered a child, fricking amazeboobs, you deserve a medal, but for some reason, the saggy, wobbly vehicle that did all that hard work suddenly seems very ugly. Even when it produced something so beautiful.  It is not fair. But that is the way our minds work. I would speculate there are few women who truly feel they can strut around in the giant pads and with mammoth leaking breasts in those first weeks post-partum and feel like they are owning whatever it is they want to own.  Your self-confidence takes a massive hit. And let’s be realistic, if you don’t feel great about yourself, it’s hard to imagine someone else is feeling great about you.

Herein lies the problem: it’s a bit of a vicious circle.  We don’t need to be told we are loved 24/7, but it certainly feels nice. We don’t need to be told we are beautiful and we are nailing it in order to do our mothering jobs, but it sure does give you a bit of a boost when you are covered in someone else’s snot and poo, and you feel a tiny bit broken.  The times we have low confidence are the toughest times on our relationships because we need so much and we can give only a little.  Our partners need more, because someone else is in the picture now – where before it was one on one, now it is one on four and attention and energy levels are at an all time low – your partner in crime is suddenly way down the list of VIPs, in fact they are waiting over on the lay-by on your little B road, whilst you hurtle along the Motherhood M1.  The lower they go, the further down the B road, the more likely they are going to get, well, fed up.  And then they are off and next time you see them is in the hairdressers on the front cover of your trashy mag.  Doom. 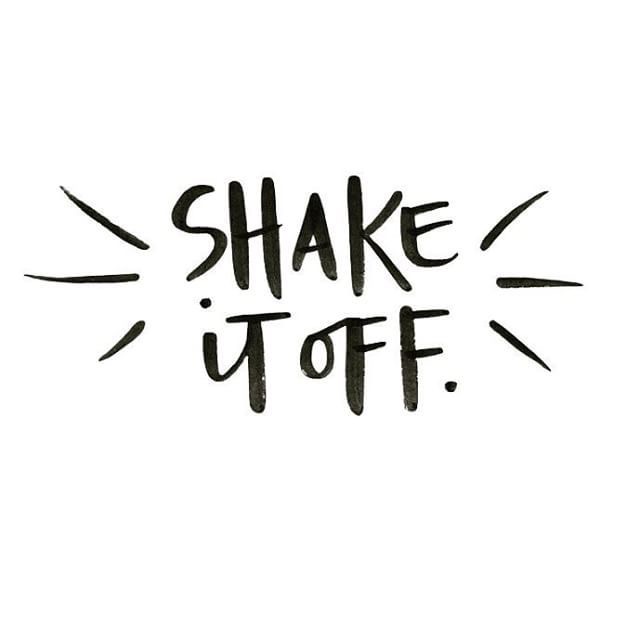 So what do we do? What about trying to find that little piece of ourselves that is not mumming, from time to time.  Is that the solution?  Is that even possible?  What about the little, winding B road?  Can you switch off from mothering mayhem and turn back into that vivacious lady that used to totter around in mad heels and go dranking? (sidenote: if this is me then “totter” should really read “violently clomp”.) Can you be a mother AND a woman, a wife, a nice partner?  Can we be mothers and still be FUN??

The trash magazines would suggest we had better bloody try! However much our partners and husbands might be nodding politely, the reality is this, mumming is a 24/7 job.  In the early days it’s more like 25/8.  It sucks you dry, literally and metaphorically.  There isn’t much of you left to spare.  If you are lucky, like me, your partner understands that you are giving your all to the little ‘uns and accepts that, for a while, “fun” has to be redefined as a glass of wine on the sofa whilst falling asleep to Netflix.  “Talking” means a couple of text messages during the course of the day.  And when the kids go to bed, you are likely to follow closely behind.  Our better halves may well need to go out and blow off steam.  This is certainly a change of pace.  They don’t need to recover from childbirth or adapt to their new bodies. They usually have a better chance of a complete night’s sleep.  Their bodies don’t start leaking when they hear a baby cry.  Their days may be structured differently and they also have plenty on their plate.  Lucky for them they even have a plate…. and it probably doesn’t have congealed egg on it.

Congealed egg you say? Hit me! 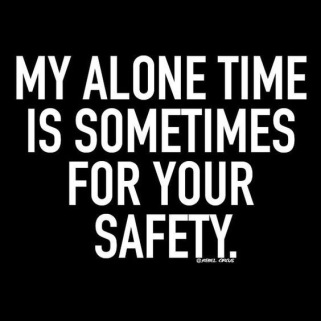 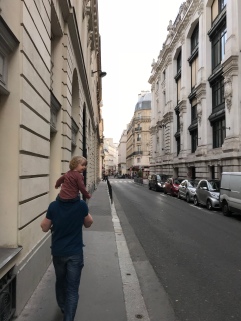 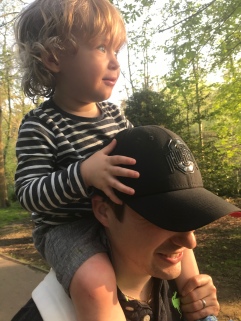 Sometimes it would be nice to blow off steam and unwind too, although the logistics usually render the whole process of “unwinding” redundant.  The truth is, you can’t really “unwind” from mumming.  And honestly we probably don’t really want to.  By the time you’ve organised the kids and the various complexities of the milk/food/bedtime routine, you barely have time to get your own trousers on.  It’s just a lot of hassle and then, refer back to bittersweet section above.  However difficult it may be, you actually wouldn’t change it for the world. So, for a little while, we want different things.  And we just have to find a happy middle ground.  And also try to ensure we get a bit of time to veer off the M1 ourselves, and remember that little B road that was everything before everything changed. 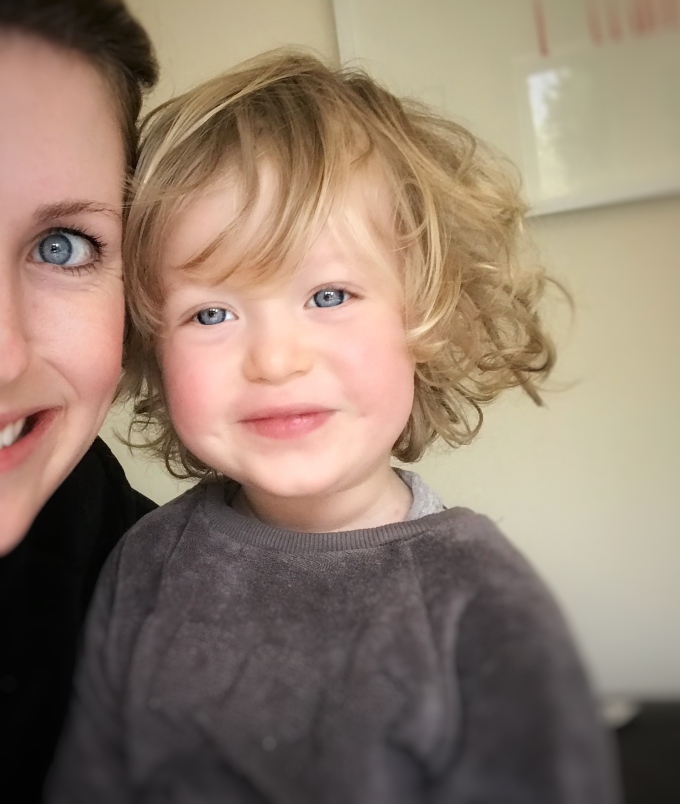 Hair coup of the year award goes to this little guy 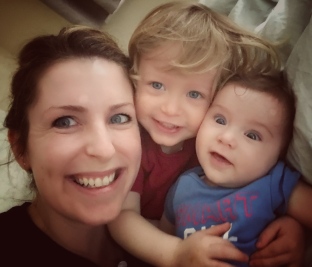 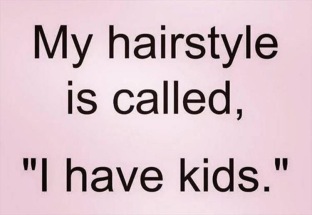 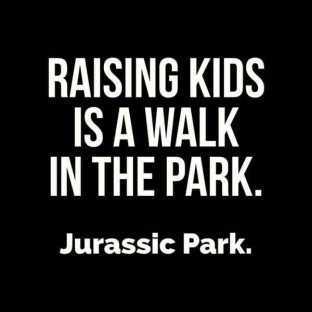 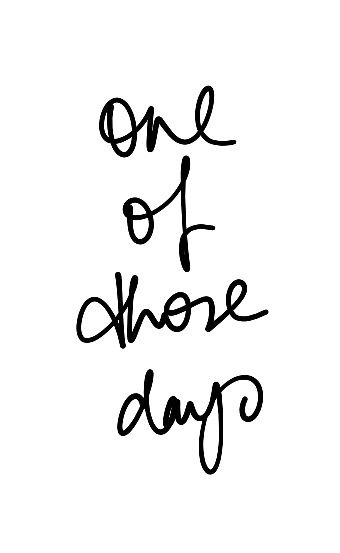 everyday really, but it doesn’t matter ❤