Ok, now for the part that’s actually about Texas. Not the most obvious holiday destination, I accept. Beaches are few and far between, the only sand we played with was in a pit in the middle of the city, and I didn’t see one single coconut. However if you like to adventure and experience different cultures, and you have a fidgety boddler AND husband, it’s a fairly superb option. Pourquoi pas?

When you think about Texas what do you imagine? (If you’re from Texas obviously skip ahead!…) Cowboys? Guns? Wild West style desert lands? Horses? G W Bush and his predecessors? Atronauts? Did you think of Beyoncé? That fierce woman that has taken over the world? Texas is full of surprises. One thing that is definitely confirmed from our trip is that “everything is bigger in Texas”. Cars, the road, the food portions, even the human beings… and by that I mean taller, stronger, and generally appearing to be extremely healthy. I guess that’s partly thanks to the glorious Texas sun (which apparently transitions to hellish over the peak summer months but for our purposes was more than enough). There’s also the awesome food that keeps them functioning. We learnt the hard way that the trick in Texas is not to actually eat ALL the food. In fact, you take half away at the end in a “doggy bag” for you meal the next day or whatever. As diligent eaters brought up to finish our plates (otherwise no pudding – PANIC FACE), we had to reassess our manners and eating skills. Luckily Bebe FF is upping his eating game and was able to provide some limited assistance: even if he didn’t actually eat the food, he played with it and tossed it on the floor such that it felt like it had had a worthwhile journey to our table. 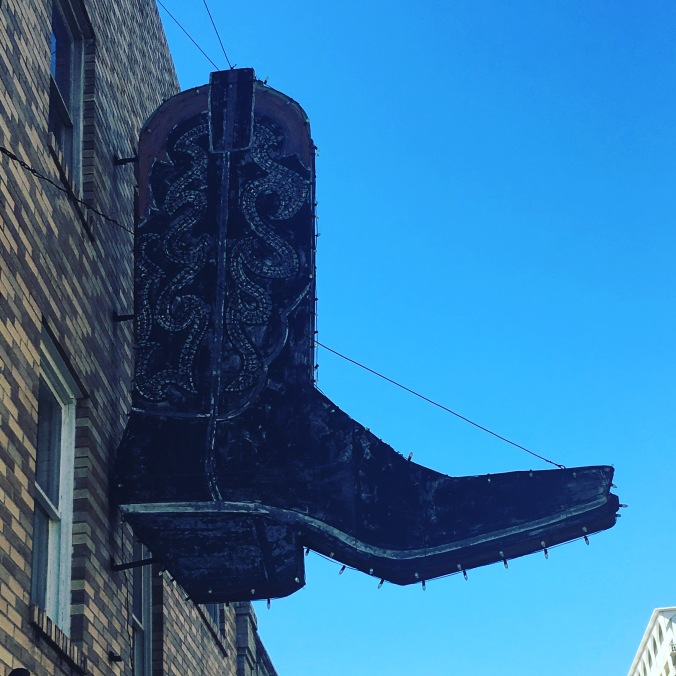 So where did we go with our bundle of energy and bunnette in the oven? First stop was a flying visit to Houston, and a baseball game thanks to our legendary GOMO. Full on Texas experience within 24 hours of arriving; we came away kitted out with ball caps, sticky Blue Bell ice cream hands and a win for the Houston Astros. BOOM. I already mentioned Papasitos too – epic TexMex. We started and ended with it and it was ultra-delicious. Dammit every time I write the name I dribble a lottle.

Then onwards to Austin, a couple of hours in the mega- mobile and a hotel right next to the Texas university campus.  In Austin we were lucky enough to have a hit list of restaus and things to see. We sampled the Texas staples that are “biscuits” (scones to you and me), traditional TexMex breakfasts of Huevos Rancheros, the famous Franklins BBQ (2 hour wait with a boddler was a challenge but we powered through with snacks and games) – when we made it to our steaming heap of meat, Bebe FF pounced on… the white bread?! (used to mop up the BBQ deliciousness). We had two super brunches at Snooze, and their OMG french toast came out as a top fave. We were impressed with the welcome reception we got almost everywhere we went with Bebe FF – restaurants went out of their way to accommodate him with crayons and colouring and special Bebe-friendly drinks. Often the former ended up in the latter but no one seemed to care too much. Everyone had baby seats and they were happy to use them. TexMex was a staple for him too, the rice and beans in particular warranted a hearty eyes-closed “MmmMMM”.

We visited the Bullock Texas State History Museum, which was my first experience of really trying to concentrate and Bebe FF doing everything in his power to prevent me from succeeding (along with the 500 school children that were also touring the museum). Bebe FF obviously decided that he would rather be hanging out with them, especially the girls, and delighted in stumbling after them, peering into their faces (or more accurately necks) and offering them his slobbery dummy. At least he’s learning how to share! He also realised he can actually make quite a lot of noise, and if he does he gets even more attention: cue large amounts of shouting “PAPPPAAAA” “DACKKKKKYYY” (any animal, mostly shouted at model horses in the museum) and “OOoOoOoo” (at girls and boys). I didn’t realise until that specific trip quite how noisy he can be. Luckily I’ve got a particularly loud “Shhhhh” response, so together we were by far the most annoying in museum. Btw during this time Papa FF was happily, and peacefully, watching the history of Texas in some quiet corner of the museum. When he emerged he seemed surprised to be faced with a frazzled wife and exhaspersted boddler. Bizarrely I was somewhat unamused by him recounting all he had learnt, because by this time I was seriously hangry. Mais quoi? Classic.

We also visited the Thinkery which is as awesome as it sounds. A haven for little ones, but equally as mesmerising for the elders, this place was a hotbed of stimulants and safe playing opportunities. Suffice it to say the key sign of success was Bebe FF clambering into his own pushchair as we headed to the exit and immediately nodding off. THAT is what I’m talking about. 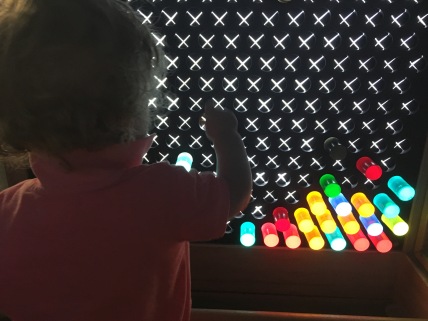 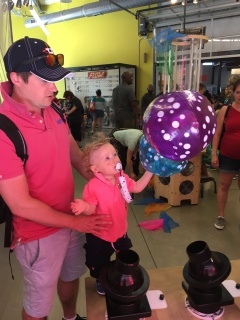 Next instalment we hit San Antonio and Dallas…

These two are hearing more and more about “baby Gaga” as we try to prepare them a little for what lies ahead. We don’t want to make a huge deal of it all, but equally if we can get them a little bit excited then it will make the absolute chaos of new baby land a little bit more manageable. “Manageable” 🤣🤣 let’s see what that looks like! Excited to get back on the blog once I down tools (bricks) at works. Any particular questions or topics for ideas let me know below 👏🏻 ⬇️💓🦄👶🏼👥✨🙏🏻
Shockingly le top neuf FF 2019 is dominated by adventures, snoozing and a little bit of posing, including way back when I could say I was the tallest of the sisterhood 📸 💓✨ what a year, bringing to a close the decade that saw the creation of the FFs, the long and winding path to parenthood and the birth of the FF family, my beautiful niece and nephew, additions of brothers in law and in love, losses, changes, new jobs, new houses, new friends, old friends, a couple of hamsters, a dozen fish, ... it’s been a decade of growth, learning, frivolity (back when there were no early wake ups and offspring in need of nappies and sustenance) and respect, realising what my parents (and all parents) have given to me, to my sisters, seeing what loved ones do for each other and realising life isn’t always unicorns and sparkles. That said, there has been a lot of sparkle. 🦄 For 2020, I’m aiming for time, making peace with myself and my time, the time I have available and the people that I can share it with. I want to be mindful, and for me that translates into being present, not on my phone 🤪 communicating, being thoughtful about where I am spending money and time, and doing a bit less “fly by seat of pantalons” and a bit more “toddle with comfy, environmentally friendly feet”. I am also excited to rekindle my blog and will start with a few refreshers from way back in 2016 where Be My Bebe began... I wish all the best to you and yours and many a magical moment for 2020 and onwards 🥂✨🥂
Still struggling to work out what day it is but one thing I know for sure: I am one seriously lucky lady 🥰✨💓 I could watch these two all day, which is fortunate because I’m not much good for anything else 🙉 🤰 they are so supportive of each other, and about 74% of the time would happily just be congratulating each other, patting backs, cuddling, and bouncing on the sofa, wildly giggling. Big Bro is Bebette’s idol and she would gladly try to do everything he does... if only she were a leetle bit taller and stronger. There are a couple of things that cause drama in the house: the fair distribution of chocolate, and by ‘fair’ I mean 2 for Big Bro for every 1 to Bebette, and the fair sharing of a bath bomb (new Xmas treat) which requires that Big Bro holds the bath bomb for 80% of the fizz time... 🙇🏼‍♂️
Capturing the togetherness is hard but I will treasure these pics as we continue to age and expand (especially me 🤣🤣) and grow as a family, as a couple, as humans... I hope to look back and smile at this memory, scrabbling around on the floor, and each grabbing a child, with or without a “boinger”. A glorious bright magical Christmas Day, filled with laughter and excitement, and mild levels of fear (Bebette seeing Santa’s footprints “Oh No!”), plenty of food, some wonderful moments of calm, and our continued photographically-challenged faces 🥰✨ At 3 Big Bro is already asking us some challenging questions so we will have to up our game next year before he works out what’s occurring... I thought we had about 5 years to play with but given the Spanish Inquisition 2019 I don’t think we can last that long 🥴🤦‍♀️🎅🏽 Hope that everyone has had a joyous day of rest and sofa-related happiness ✨💤